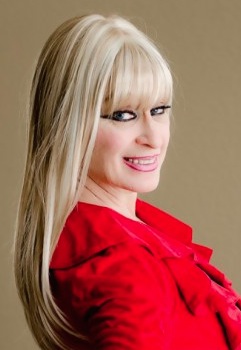 Rose Kingsley; Artistic Director / Founder / Vocal Instructor:  Rose Kingsley is currently the Co-Artistic Director and Founder, of the “The Opera IOI of California” (IOI).  She is one of the world’s foremost leading Dramatic Sopranos.  Rose Kingsley began her career, not only with singing, but with ballet, performing with The American Ballet Theatre and The Royal Ballet of London, becoming a member of the prestigious Royal Academy of Dancing, London, England.  Although she first appeared on the Operatic Stage as a dancer with The Metropolitan Opera, her love of singing led her to focus her talents on Opera – her “other” passion! In the early eighties she was brought to the attention of Lawrence Stayer, then Artistic Director of The Metropolitan Opera and later became his protégé where she received her formal vocal training.  Her mentors included such luminary Conductors as, William Vendice, Richard Woitach, Gildo Di Nunzio, Adriano Petronio, and Gregory Buchalter all of The Metropolitan Opera, New York City, New York.  Her vocal studies have also included: Joan Patenaude Yarnell, Vocal Teacher, at The Juilliard School of Music, Curtis School of Music, Manhattan School of Music; Eugenio Fernandi, International and Metropolitan Opera – Tenor; Licia Albanese, International and Metropolitan Opera – Soprano; John de Main, Former Music Director Houston Grand Opera, Opera Pacific, and Madison Symphony.

Madame Kingsley has performed in concert with, Vic Damone, Kathryn Grayson, Connie Francis, and Peter Nero.  She has performed for three U.S. Presidents and HRH Prince Charles.  She has also performed for the Thirtieth Anniversary of the first American in space, Alan Shepard, with Walter Cronkite; with Hugh Downs, and Bob Hope; for The Democratic and Republican Conventions; and sung the National Anthem for all NFL, AFL football and major league baseball teams.  She was the first opera singer to perform at the Bob Hope Desert Classic Show alongside Bob Hope, Frank Sinatra, Vic Damone, and John Denver.  She has contributed her time performing in fundraisers: To include The Astronaut Scholarship Foundation and Give Kids the World.  She was co-composer of the first opera ever written about an actual U.S.  Space mission, “Apollo 14 – A Space Opera”.  It debuted, on May 9th 2002, at the New York City Opera, to rave reviews!

You can be the first one to leave a comment.