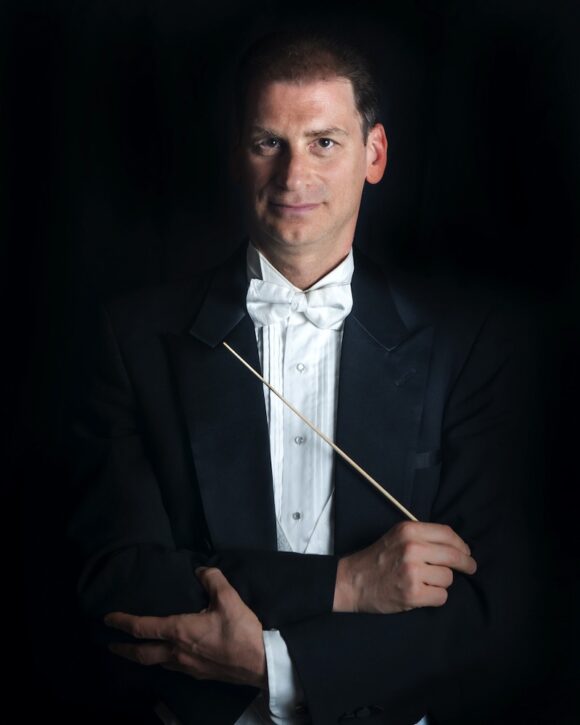 Gregory Buchalter holds the titles of Music Director of Opera Fairbanks and Opera Camerata of Washington. Internationally, he has conducted Salome at the Savonlinna Opera Festival. Die Fledermaus at the Vienna Volksoper, Mozart’s Entuhrung ads dim Serail at the Spoleto Festival. Cosi fan Tutti with the Mediterranean Opera Festival in Italy and Eugene Onegin with the New Opera World Festival in Moscow.He has also conducted the American Premieres of Mercadante’s I due Figaro, Von Winters Das Labyrinth and Donizett’s Olivo e Pasquale in New York.

He was the first American to conduct with the Kazakhstan State Opera including a televised Gala concert for the President of Kazakhstan. Mr. Buchalter was Chorus Master of Santa FE Opera, Bregenz Festival in Austria, Theater Des Westerns in Berlin and for the Chautauqua Symphony Orchestra.

Gregory Buchalter is currently a cover conductor at the Metropolitan Opera (where the position of “Maestro di Banda”) was created for him. He has worked extensively with the Metropolitan Opera Chorus. At the Met he prepared several world premieres including John Corigliano’s The Ghosts of Versailles, Philip Glass, The Voyage and John Harbison’s The Great Gatsby.

Upcoming he will be conducting Idomeneo New England Conservatory, Don Pasquale with the Pacific Northwest Opera, Faust with the Florida Grand Opera and Hoffman and Fledermaus with Varna International.