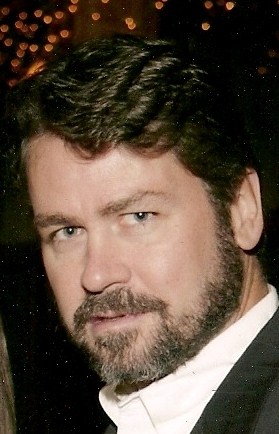 Dr. David Miller, Alaska’s “Singing Surgeon,” has performed major operatic roles throughout his home State. His contributions to art and medicine were recently featured in Alaska Medicine, a publication highlighting the unique accomplishments of Alaskan physicians.

David has had the privilege of studying opera and voice with Gloria Marinacci Allen, Dr. John D’Armand, Dr. Byron McGilvray and Grammy-nominated singer and instrumentalist Paul Shipper. Notable roles include both Figaros (The Barber of Seville and The Marriage of Figaro), Scarpia in Tosca, Leporello in Don Giovanni, Papageno in The Arctic Magic Flute (performed in Juneau, Anchorage, Nome, and Kotzebue), Simone in Gianni Schicchi, Talpa in Il Tabarro, Dulcamara and Belcore in The Elixir of Love, Baron Douphol in La Traviata, Gaston in Beauty and the Beast, the title role in The Mikado, and the unforgettable Edna in Hairspray.

Dr. Miller has performed with Opera Fairbanks in the roles of Colline in La Bohème and Zuniga in Carmen under the baton of Maestro Gregory Buchalter of The Metropolitan Opera. He recently debuted the role of Finias Lynch in the world premiere of Composer Emerson Eads’ opera The Color of Gold.

Dr. Miller maintains an active surgical practice in Juneau, and serves as President of the Alaska State Medical Board. This will be David’s third collaboration with tenor Mark Kratz, and first opportunity to prevail!