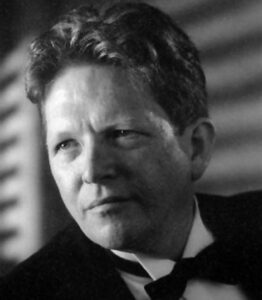 For over 20 years, Dr. Wayne Hinton has pursued an active career as a vocal coach and recital pianist in chamber music, opera, and song repertoire in addition to working in arts administration. After finishing his undergraduate studies in piano with honors at Florida State University, he was awarded a scholarship to study at the Hochschule für Musik und Darstellende Kunst in Vienna and at the Institute of Advanced Musical Studies in Montreux, Switzerland. In this innovative school he performed in Master Classes of such great artists as Gregor Piatigorsky, Zino Francescatti, composer Alberto Ginastera, and pianists Ania Dorfmann and John Ogdon.

Hinton returned to the U.S. to work in New York City as assistant to Arthur Cohn at Carl Fischer, Inc., one of the country’s largest music publishers. Later, he ran very successful season ticket sales campaigns for the Houston Ballet, the Houston Grand Opera and the Alley Theater, and was marketing director for Orlando Opera and Southern Ballet Theater. In 1997, Hinton finished his Doctor of Musical Arts Degree in Collaborative Piano at USC under the direction of Dr. Alan Smith. After finishing his degree, Dr. Hinton worked as a music editor for film and television and was assistant music director of Orange County Opera and Golden West Opera. Dr. Hinton has been the Executive Director of the Los Angeles Jewish Symphony and the General Manager of the Nimoy Concert Series of Temple Israel of Hollywood and the Executive Director of the Riverside County Philharmonic in Riverside, CA. He currently works as Opera Coach and Accompanist at the University of Redlands, Adjunct Faculty at Moreno Valley College and is the Music Director of Palm Springs United Methodist Church.